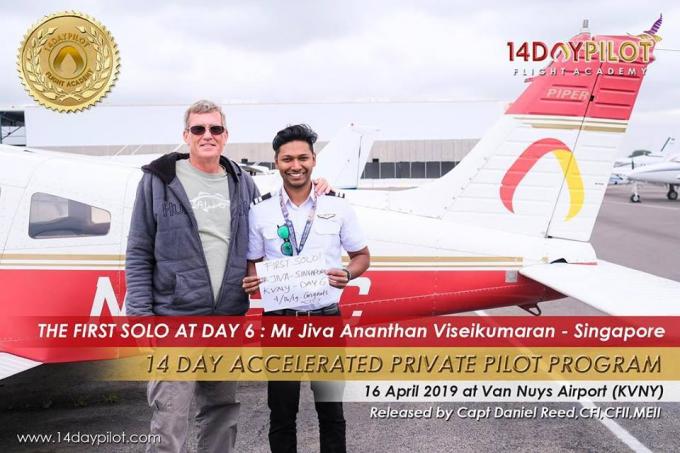 Mr. Jiva Ananthan, our student from Singapore, is a nurse by profession but, has always dreamed of becoming a pilot ever since he was a young boy. Mr. Jiva is currently undergoing his Airline Pilot Integrated Training (APIT) Program with 14DAYPILOT Flight Academy. Mr. Jiva has done a course of intensive training in Indonesia along with his Pass Oral Exam System (POES). The APIT program was designed to train pilots for an airline career, in which Mr. Jiva will be obtaining a Commercial Pilot License with Multi Engine Rating and 265 hours of flight time at the end of his training. 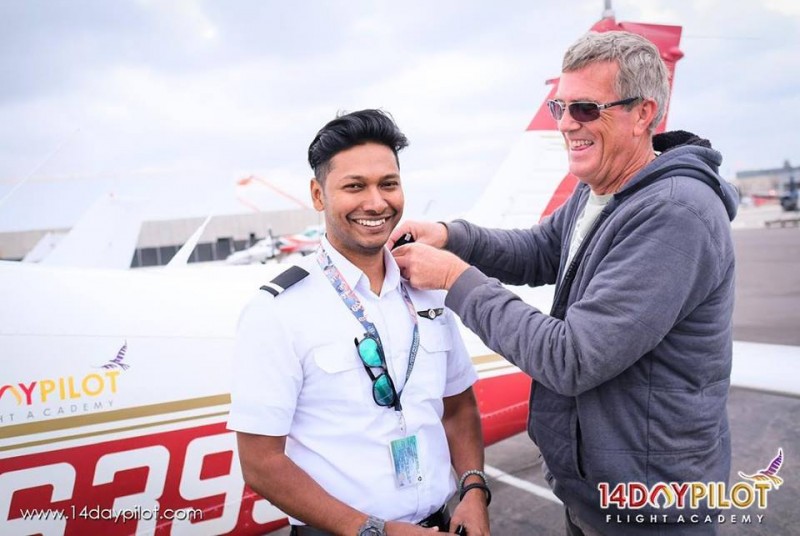 Previously, Jiva spent 29 days in Indonesia for his ground training where he underwent the POES program and was trained by 14DAYPILOT’s Flight Academy’s instructors, Johan Faizan and Capt. Gema Goeyardi, CFI, CFII, IGI. During his time in Indonesia, Jiva trained in every single day from 9 am to 10 pm, even on Sundays, both in a flight simulator and in class to prepare for his POES and his flight training. By the end of his ground training, he has accumulated an overall time period of 50 flight hours.

On April 16, 2019, Mr. Jiva Ananthan has received his FIRST SOLO FLIGHT in Van Nuys Airport, California on the 6th day of his 14 Day Private Pilot License (PPL) program designed by 14DAYPILOT Flight Academy. Each and everyone of our students are given the same set of goals, to achieve their first solo flight by the 6th day. We are proud to say that Jiva has conquered this goal. He was released for his solo flight by Capt. Daniel Reed, CFI, CFII, MEII, and impressed us all with a splendid solo flight. In due course, Jiva will be undergoing his final PPL check ride before finally receiving his Private Pilot License.

With hard work and determination, Jiva was released for his solo flight after only 5 days of flight trainings in which he focused on perfecting his landings and manoeuvring. Post-solo flight, Jiva will now be preparing for his upcoming PPL check ride with his FAA examiner, Dennis Magdaleno, DPE. Afterwards, Mr. Jiva will continue on with his Instrument Rating (IR) training and on towards receiving his Commercial Pilot License (CPL) and Multi Engine Rating (MER) in under 110 days.